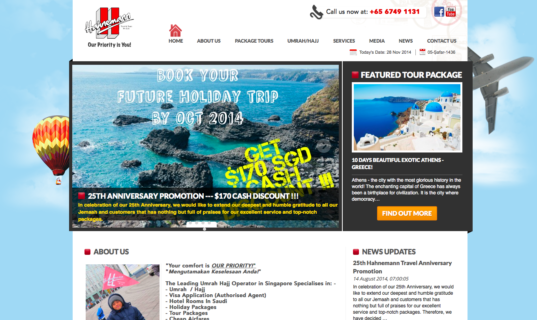 Hahnemann Travel & Tours has been established since 1990. Prior to this, Mr. Ahmad Hahnemann opened a Haj Broker License under his mother’s name, known as Hjh Chik Pilgrim Services in 1983.

Led by the renowned and esteemed Hajjah Chik, the company grew and became a successful agent in Singapore till the late 1990 where she soon retired. Seeing as her son whom started the business, she only saw it fit to rename the company under his name. Mr. Ahmad Hahnemann then reopened a travel agent to what is now widely known as, Hahnemann Travel & Tours.